No tools needed to adjust:  Your Harris bipod swivel feature can be locked and unlocked with only your thumb and finger . . . . within seconds . . . . without breaking your firing position.

Dirt and weather resistant:  The integral dust shield of the Pod-Loc spacer protects the clutch area of the factory Harris mechanism.   The clamp lever is glass reinforced nylon synthetic and all other component parts are stainless steel.

Low Profile:  The locking lever can be pulled back to disengage the internal ratchet witout effecting the swivel lock tension.  This allows the Pod-Loc lever to be “parked” close to the stock minimizing snag points when on the move or working around or on top of your other gear.  All stainless steel surfaces have been chrome sulphide treated to for a blacked out / low visual signature.

No Permanent Alteration:  Your bipod can be restored to “issue” configuration within 2 minutes.

The Pod-Loc is the only bipod locking kit totally designed, engineered and manufactured in the United States.  This kit is  also the original design that others have tried to duplicate with imported components.

Since this kit entered service with the shooting market in early 2000, we have been blessed to have it see world wide use in many shooting disciplines.  A large number of law enforcement and military units now issue this kit as standard load out on their precision rifles.  Many competition shooters, varmint hunters, big game hunters and recreational shooters have also adopted this kit as a worthwhile improvement to their rifle setup. 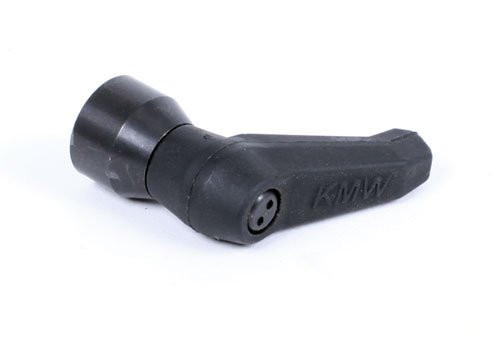